Imagine not ever having to carry a wallet again. The days of needing cash to pay for the bus and cleaning out the stack of receipts could be coming to an end. That’s the goal of Semble, the Kiwi made phone app made with Kiwis in mind. The mobile phone payment app has gone live in a pilot test this month, and here’s the low down.

New Zealand banks, mobile phone providers, and Paymark, the electronic payment provider, have joined together to create a mobile wallet app called Semble. With Semble, users will be able to pay for items without having to carry a wallet. That’s because user’s plastic cards will be stored securely through the phone user’s app. 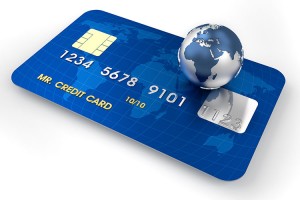 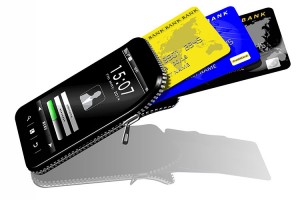 How will it work?

There are two ways to make a purchase with Semble.

1. Users will open the Semble app on their phone, and input their five-digit security code. Next, they will choose which card to use and will place the phone over the contactless payment terminal where the card will be active for 30 seconds. Users will listen for the beep and check the terminal to confirm the payment has been accepted or denied.

2. There will also be the “always on” option, which means users have one card that is always active. This makes it even easier and convenient to pay for items because users won’t even need to open the app. Instead, they will place the phone over the terminal and wait for payment confirmation.

Will it be secure?

Semble made this app with security in mind. Users will register their details, which will also be used to identify if help is needed. Once registered, the information will be stored within a Semble-ready SIM card that must be purchased through their mobile phone provider. This SIM card has the same global security standards as the chip and magnetic stripe on plastic bankcards.

In fact, Semble believes this app will be more secure than a traditional wallet because of the extra level of security that a wallet can’t offer. The app has a five-digit PIN and for an even extra layer of security, it’s recommended to use the built-in screen lock on the phone.

The Future of Semble.

As of now, it’s still in a testing phase. But early next year, users will be able to download the free app through Google Play. Initially it will only be available to Android phones and users who bank with either ASB or BNZ and have either a Visa or MasterCard credit or debit card.

But Semble has big plans for the future. It hopes to include more New Zealand banks, phones, and public transport cards. Users will also know if they have any reward points they can redeem through the app. Semble hopes to create a simple and convenient app that will end the need for wallets. There’s even the possibility of including a user’s car keys.

What does this mean for merchants or retailers?

It doesn’t change much for retailers, but still may have some impact. Instead of customers using their plastic card, they will use their smart phones to pay. If you’re an interested merchant or retailer, you’ll need a contactless payment terminal. If you don’t already have one, you will need to speak to your payment terminal provider for an upgrade. Since these devices have an expiration date, new contactless terminals will be rolled out, which will soon be the norm in market.

Semble mobile payments just might be the reason why wallets become obsolete in New Zealand. Though it’s still in the testing phase, if you’re interested in the Kiwi-made mobile wallet, look for it early next year.